Challenges: To support the company’s sustainability objectives and the use of efficient yet powerful technology.

The solution: Consistent use of Li-ion technology

A "movingimage" video is embedded at this point.

Unfortunately, we cannot show you this feature immediately due to your tracking settings. To use this feature, please allow embedding this third party service.

MD S.p.A. from Italy has decided to focus on Li-ion technology in the future. One of the decisive factors in this decision was a successful test in its cold store, where the STILL trucks were able to impress thanks to their lithium-ion batteries.

MD S.p.A., a key player in the Italian wholesale trade, has placed an order for one hundred STILL EXU 15/16 and fifteen STILL ECH 12 pallet trucks with Li-ion technology. The new trucks will bolster MD’s existing fleet of over 2,200 STILL trucks. STILL has been the exclusive supplier of the MD Group for many years and for its stores throughout Italy. The outstanding results of the tests conducted with four STILL FM-X 14 reach trucks in a temperature controlled cooling chamber at the main distribution centre in Gricignano di Aversa (CE) were particularly decisive in the decision to renew the collaboration.

The MD Group was founded by Patrizio Podini in Caserta in 1994 – today, the company has over 780 stores throughout Italy, over 7,000 employees and a turnover of over 2.5 billion euros (2018). MD has made sustainability one of its core values; this is reflected, by way of example, in the company’s decision to fit a modern photovoltaic system consisting of 9,720 solar modules at its headquarters in Gricignano di Aversa.

The Li-ion technology underwent rigorous testing at MD’s distribution centre in Gricignano di Aversa, specifically in a cold store for fresh and frozen products. Operating in ultra-low temperatures is a real challenge for many forklift trucks. Truck performance and the battery seals were among the features scrutinised. The test conducted by MD was the first of its kind in Italy. The STILL reach trucks tested demonstrated outstanding performance: during the 180 days of usage, the batteries approved for operation between +60° and -35° showed no loss of performance and provided optimal output despite the low temperatures and intensive use.

But the Li-ion technology provides even more advantages: the increased availability enables the trucks to cover seasonal peaks, particularly in summer when there is increased demand for fresh and frozen foods. This is because lithium batteries provide the option of fast interim charging in breaks or during shift changes, allowing them to be recharged up to 80%. This means trucks can even be used in three-shift operation without the need for a battery change, bringing considerable time and cost savings.

The forklift trucks fitted with Li-ion technology, to which STILL has contributed some pioneering development work, have proven to be the perfect choice: not only are the batteries zero-emission, making them ideal for use in food logistics, they can also be used anywhere and recharged, all without the need for special charging stations.

Due to these positive experiences and a successful test phase, MD S.p.A. decided to order a total of 115 new pallet trucks. These will be deployed in the group’s stores, which will solely be using trucks with lithium batteries from now on.

"The outstanding results of the tests with the Li-ion trucks from STILL convinced us to switch to this technology," explains Stefano Paolone, MD S.p.A. Logistics Director, "it allows us to combine outstanding performance with a high level of efficiency, regardless of the application. In addition  to this, trucks with lithium-ion batteries are zero-emission, which is a key requirement for MD, since sustainability is one of our key objectives". 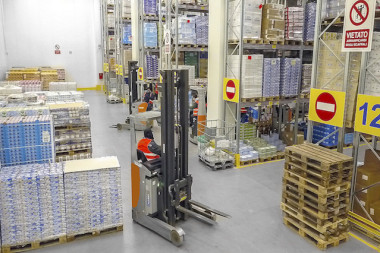 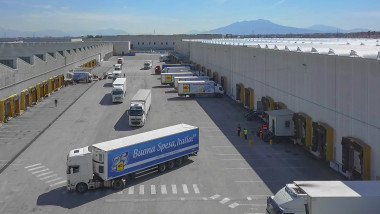 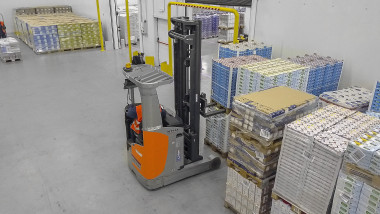